The city is turning to Pennrose Properties, Habitat NYC and the Brooklyn-based non-profit RiseBoro to develop senior housing on the site of the Elizabeth Street Garden. The project has the strong support of City Council member Margaret Chin, but is opposed by garden activists who believe affordable housing should be built elsewhere.

According to a story posted overnight by the Daily News, the project will include 121 apartments and 7600 square feet of open space. More details from the News:

The development, dubbed Haven Green, will be permanently affordable and open to seniors earning between $20,040 and $40,080 a year. Rents will range from about $331 to $761, based on incomes, according to early estimates. Thirty-seven units will be set aside for formerly homeless seniors. The green space, which is smaller than the existing garden, will be maintained as a privately owned public space that will include lawns, plantings, gardening areas and open seating, the city said. Its development will feature a participatory design process open to the community. 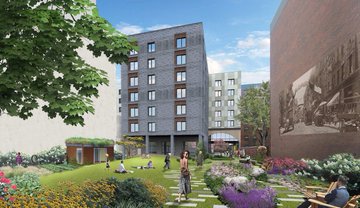 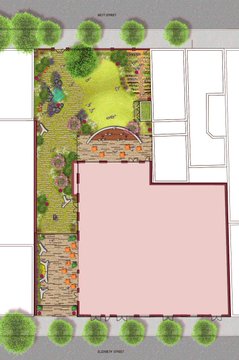 In a statement, Maria Torres-Springer, commissioner of the Department of Housing Preservation & Development, noted that public land is growing increasingly scarce in NYC and that the city sees, “each remaining site as an opportunity to meet as many of the urgent needs and priorities of communities as possible… The selected development proposal strikes a balance between the desperate need for affordable senior housing and dedicated public open space, making this a win-win for the neighborhood.”

Council member Chin added, “I think it’s a win-win situation for all of us, because we are now getting a lot of units — 121 units of affordable senior housing — and a beautiful open green space… We’re finally talking about getting housing for our most vulnerable and our needy seniors.”

The Elizabeth Street Garden project was a major issue in the recent City Council election. Christopher Marte, Chin’s top rival, sided with garden advocates and galvanized residents in the area to unseat the District 1 Council member. While voters in Little Italy and the Village came out in large numbers for Marte, he narrowly lost in September’s primary election.

The advocacy group, Friends of Elizabeth Street Garden, has wasted no time in mobilizing this morning. They’ve scheduled a press conference for Monday at 11 a.m. at City Hall. Here’s part of the group’s email blast:

Building shadows would eliminate the sunlight that currently floods the Garden. The development would destroy the park, large trees, lawn, planting beds and public programming space and replace them with a small and heavily shaded privately owned public space on Mott Street. Yoga, movie nights, community events, children’s play space, and quiet reflection would no longer be feasible in the Pennrose Plan. A covered hallway from Elizabeth Street would serve as an amenity for a retail tenant and the public would have no access to rooftop terraces. 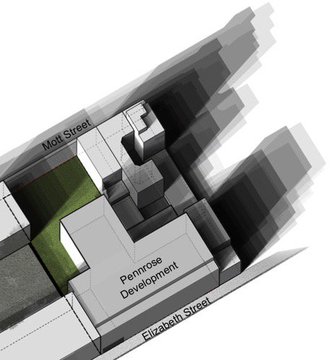 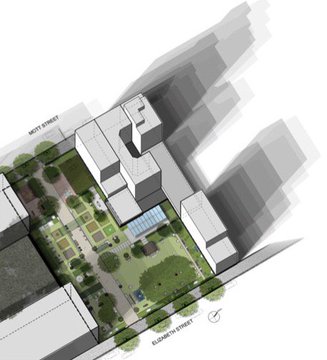 The proposal will undergo public review (ULURP), with roles for Community Board 2, the borough president and the City Council. The community board vote is only an advisory opinion, however, and Council members typically defer to the local Council representative in land use issues.

The City’s decision to build housing at Elizabeth Street Garden is both unfortunate and a great disappointment. We oppose this development proposal. Lower Manhattan needs both more affordable housing and more open space, and we reject as false the idea that we must choose between these two vital community needs. There’s no doubt we must address our City’s affordability crisis. We have all been and will remain deeply committed to that effort. But affordability cannot come at the expense of the precious open spaces in our communities. We can — and must — both build affordable housing and preserve our green spaces. Rather than razing a much loved and much needed community asset in Elizabeth Street Garden, the City should work with Community Board 2 to select more appropriate locations that will allow for both affordable housing and preservation of the Garden.

Here’s a statement from Joseph Reiver, executive director of the Elizabeth Street Garden:

This fight is not over, we will continue to pursue all options including Elizabeth Street Garden’s (ESG) legal action.  We urge the public not to be deceived by the fancy developer renderings and to see the truth of the matter; that the administration, the Mayor and Council member Margaret Chin have continuously ignored our Community’s outcry. They have ignored the thousands of letters and signatures in support of protecting & preserving the Garden in its entirety, they have ignored CB2’s 4 resolutions, and they have ignored a true win-win outcome – where they could build more affordable housing on the alternative sites provided by our community. The bottom line is that the destruction of Elizabeth Street Garden will be absolutely devastating to this neighborhood and our community.   No matter how the City sugar coats their plans, they are yet again, taking away a public community treasure.  From the beginning, the City’s process of designating the Garden as a site for affordable housing was not transparent.  With the community identifying alternative sites, we do not need to pit affordable housing and real public green space against one another.

The Elizabeth Street Garden serves a community as diverse as its wildlife, and just like the now endangered flowers and trees, our roots are firm. We have seen rampant development choke our fresh air and cast shadows over sunlight. We speak with one united voice when we demand that our City respect our right to a healthy life, and respect our right to an affordable one. We have been belittled and told that our coalition of children who want to play outside, and seniors that want to chat in the shade of a tree, is not strong enough. But we saw a referendum when over 65% of the neighborhood voted in last month’s election for an opportunity to save our open space. I will not be sidelined when the community’s stance is clear but still threatened. Our solution is clear and non-divisive. Blocks from the garden is an empty gravel lot. It serves no one, and houses nothing but the trash piled by its gate. But this is what opportunity looks like. Blocks from a health center and an affordable grocery store, and capable of hosting up to 5 times as many units, this is the home we need for our seniors. We don’t need to deprive them of a garden when an abandoned lot continues to accumulate rats and litter. Almost every other park within walking distance has been reduced to concrete. We as a community have flocked to this garden and tended to its life. We have had the opportunity to transform dirt into a flowerbed and a stranger into a friend, and we will preserve this for generations to come. Please join me and your neighbors as we rally on the steps of City Hall on Monday at 1pm. Together, the flowers of Elizabeth Street will bloom again.