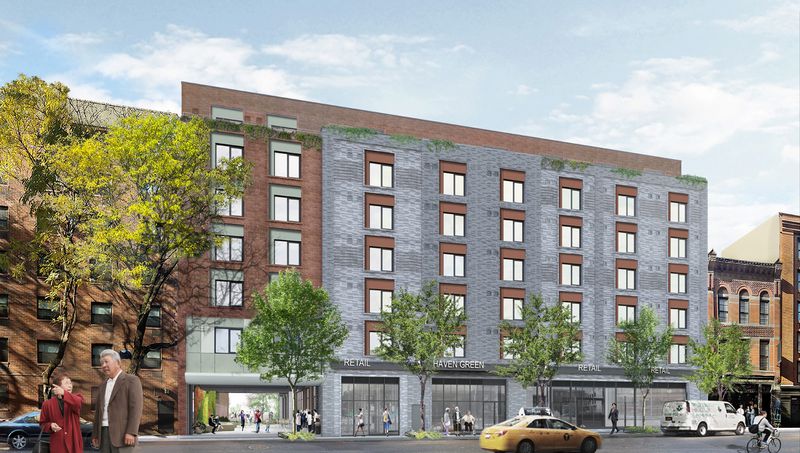 As of 2017, there were an estimated 2,000 homeless seniors in city shelters. There are several factors that contribute to this statistic: the average Social Security payment in New York State is less than $1,500; the average market rental hasn’t been affordable in decades; and the waitlist for an affordable senior rental in New York City is 200,000 names deep and 10 years long. There is also the issue of contending with NIMBY groups who often stand in opposition to affordable housing development.

I have had the good fortune to have both lived and worked in this neighborhood since 1977. We have become less diverse and are now one of the wealthiest zip codes in this city. We are also home and community to many of the LGBTQ seniors who in their day took an historic stand for gay rights at the Stonewall Inn, just mere blocks away, and whose 50th anniversary has also just passed.

I believe that being a long-time resident and local business owner does not entitle me to special privileges, but rather obligates me to share with the newly arriving and certainly with the less fortunate. I volunteer with Visiting Neighbors, an organization that helps our elderly. Many of the people I assist are essentially trapped in the upper floors of old walk-up buildings. They are trapped because they cannot afford to move into more suitable and accessible housing.

Senior and homeless advocacy organizations — as well as City Controller Scott Stringer and Council Land Use Chair Rafael Salamanca — have called on the city to build thousands of new affordable units, especially those that are accessible and cater to the needs of seniors. But when policy directives move from City Hall to the community, this is where these plans are far too often stalled by NIMBY opposition.

Haven Green is an opportunity to support this call and put our land and resources behind those public statements. Yet unfortunately it is community members and representatives who, while claiming housing is a priority, are simultaneously standing against Haven Green and ignoring our community’s obligation to provide housing to the city’s most vulnerable.

This is not entirely out of character for our community. Community Board 2 continues to fall short of fulfilling its share of the city’s housing crisis fight and has instead leveraged its privilege time and again to undermine the very types of projects that would give back to those most in need. Since 2014, only 93 units of affordable housing have been built in our community.

Our community’s stature does not stand above our obligations to support the city’s moral and lawful mandate to provide shelter to the homeless, low-income households and seniors living on a fixed income. It is time for Little Italy and the surrounding neighborhoods to do their part and support the replacement of the Elizabeth Street Garden, a private space that’s sometimes open to the public, with Haven Green, the design of which includes a significant amount of publicly accessible green space that will be built through a participatory community process.

Those who oppose Haven Green housing say that it should just be built somewhere else. The reality is that there are many more possible locations for gardens than there are for housing if we all could just utilize our collective imagination.

Unlike housing, a garden can be adapted to many different spaces. Just as a derelict rail line was transformed into the High Line, Elizabeth Street itself — not the current garden but the street itself — could have a beautiful garden laid over it. The same could be done just two blocks away by doubling the size of Sara Roosevelt Park by making the adjacent Forsyth St. a greenway. Such a measure would do far more to promote healthy, green communities while ensuring a commitment to protecting vulnerable and homeless seniors.

If we as a community put our time, treasure and influence behind innovative greening of our neighborhood, we could truly transform our communities while providing sustainable and permanently affordable housing for those who need it the most.